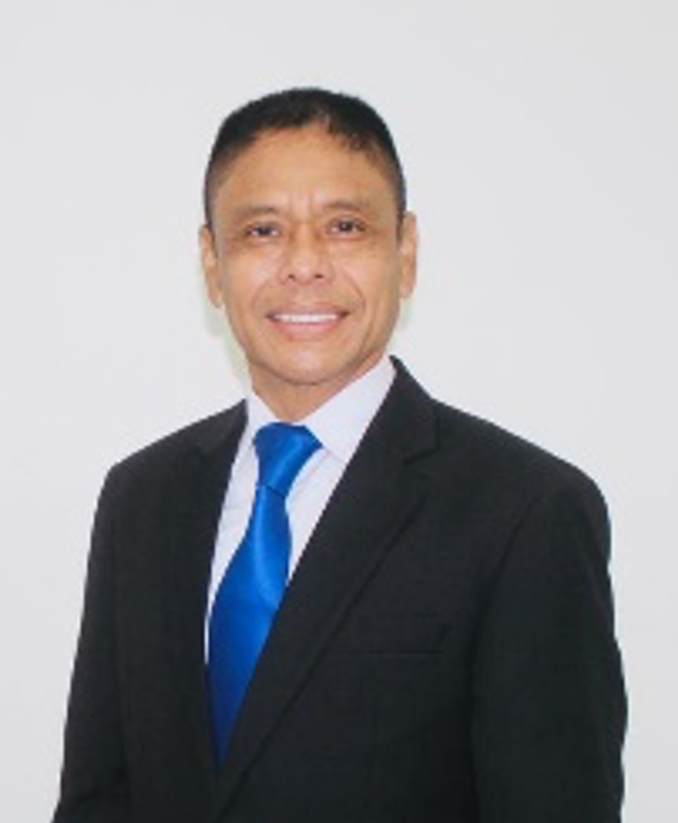 Alexis Ernesto Bethancourt Yau, is currently a retired officer of the Public Force of the Republic of Panama, the last position he held until May 14th, 2021 was Commander of the First Eastern Brigade in Darien of the National Border Service (SENAFRONT), where he had the opportunity to carry out Operation Controlled Flow (Migrants), During this period, he worked together with international organizations and NGOs, such as UNICEF, IOM, UNHCR, International Red Cross, RET and others, to ensure compliance with international standards on human rights, children’s rights and was key in guaranteeing a safe, orderly, regulated and dignified migration.  He was appointed as Deputy Minister and Minister in charge of Public Security by the President of the Republic of Panama, on May 17th, 2016, after a month on June 28th, 2016 he was appointed as Minister of Public Security in full capacity and ended his term in late October 2018, in that opportunity he worked at the strategic level and under his direction was approved the Guidelines for the Management of Temporary Shelters for Migrants in Panama, the National Strategy for Citizen Security 17-30, and other public policies.

Bethancourt Yau, has more than 33 years of experience in the Operational Security area, as well as in the Strategic/Executive area. In addition to his native language Spanish, he speaks advanced English, intermediate Mandarin, and basic French.

He held the position of Director of the Financial Analysis Unit (UAF), under the Presidency of the Republic, from 2014, until the date of his appointment as Deputy Minister and Minister of Public Security. Additionally, he held functions in the Ministry of the Presidency.

He was part of the Presidential Commission in the reform process to strengthen transparency in the economic system and was instrumental in achieving that Panama was excluded from the gray list of the Financial Action Task Force (FATF). He also belonged to the EGMONT Group of the Heads of the Financial Intelligence Units, was part of GAFILAT, founding member of the Counter ISIL Group, since 2017 is a member of the Board of Trustees of the UNODC Voluntary Trust Fund against Trafficking in Persons, which was renewed for the second time for another 3-year period until 2022, He is part of the National Bar Association of Panama.

He holds a master’s degree in Higher Education from Universidad de Panama, as well as a master’s degree in Criminal Law and Criminal Procedural Law and a Diploma in Criminal Law from the Instituto de Estudio e Investigación Jurídica (INEJ) of Nicaragua. He is a graduate of the Universidad Latinoamericana de Ciencias y Tecnología (ULACIT), where he obtained a bachelor’s degree in Administration and Management Sciences, and a bachelor’s degree in Law and Political Science from ISAE University. He also has academic and professional updates in centers of high studies in Germany, Switzerland, Austria, Italy, United States, Spain, England and Holland, among others.

He graduated as an Engineer Officer from the Military College of Argentina. He worked for 23 years in the National Police where he developed experiences in the implementation of strategies and security plans in positions such as Head of Interpol Panama, Head of Anti-Drugs, Head of the International Liaison in the Police Information Directorate, Head of the Explosives and CBRN Defense Technical Unit, As well as in the Direction of the Higher Education Center and the Police Academy (ACAPOL) in the province of Veraguas, he worked in the National Aeronaval Service (SENAN) as National Director of Judicial Technical Support, Head of the Office of Internal Affairs, completed his training as a helicopter pilot, was appointed as director of the Center for Strategic Analysis of Public Security of the Ministry of Public Security. In 2014 he was promoted to the rank of Commissioner or the equivalent of Colonel.

He also served as Panama’s liaison with the United States, during the Panama Canal reversion process in 1999.

Appointed as President Pro Tempore of the Inter-American Committee Against Terrorism (CICTE) of the OAS.

Bethancourt Yau has twice received the National Police Distinguished Service Decoration, the first during the administration (2009-2014) and the second under the administration (2014-2019), in addition to the National Police Medal, The Order of Merit Silver Cross of the Civil Guard of the Realm of Spain, The Order of Military Merit “General José María Córdova” of Colombia, the Peacebuilding Distinguished Service Medal of the Peace Forces Missions Foundation, the Decoration as Ambassador of World Peace Human Rights and Social Development of the Board of Directors International Human Rights Mission and World Peace Chaplaincy in Ecuador, the Order of Merit “Service to the work of Public Security” Ministerial Award of Merit, the Medal of Honor for merits in the defense of human rights, democracy, strengthening multilateral cooperation issued by the Society of International Studies of Madrid, National Decoration of the Belisario Porras Order in the Grade of Grand Cross, Medal for the highest degree of distinguished service President Guillermo Endara of the National Immigration Service, Medal of Merit Honor of the National Border Service, in addition to other national and international recognitions.